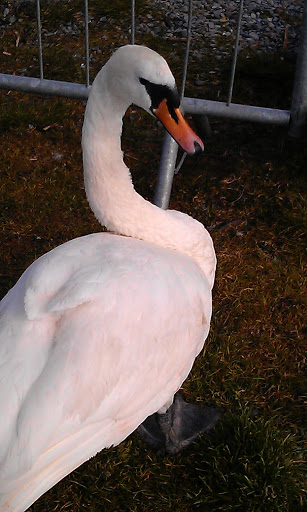 I am happy to announce my next fairy tale release: Swan Prince will be coming out from Tirgearr Publishing. Here’s a little taste to whet your appetite:

When she saw her father and Rose and Freddy together, Lena felt a stab of envy, too. She’d had dates and boyfriends both at uni and at her job after. Martin in accounts, unexpectedly, had been a good companion and they had a lot of fun together, but there was no wrench really saying farewell when they both went their separate ways after the company went pear shaped.

There was no magic. Lena sighed. She had often scolded herself for having unrealistic romantic expectations, but surely there had to be more to it than the pleasantness that she had experienced so far. Sex with Martin had been adequate and had improved with experience, but her heart never skipped a beat. He didn’t make her weak in the knees.

Maybe that kind of silliness only existed in romance novels and pop songs. Lena sighed.

A splash woke her from her reverie. Freddy was in the water! “Freddy!” Lena stood up and the boat rocked wildly. She swayed back and forth then froze. The moment seemed to pass as with painful slowness as she considered whether to try to stick the oar out to reach him or dive in herself and how deep was the Serpentine anyway?

Before she could move there was a loud splash on the other side of her and Lena whipped her head around to see a young man plunging through the water and scooping up Freddy to place him in the boat. She was relieved to see the water was only waist high here.

“Thank you! Freddy, you mad little monkey!” She threw her arms around him, thinking he’d be terrified from his ordeal.

“Let me pull you over to the shore,” the young man said. “We’ll get your young man sorted.”

“Oh thank you, thank you!” Lena hugged Freddy tight. “You gave me such a fright, Freddy.”

“Good man,” their rescuer told the proud boy. “You’ll be all ready for the Olympics, lad.”

“Maybe you shouldn’t encourage him,” Lena laughed. “He’s all too ready.” She noticed a strange white streak in the man’s black hair. Although his face was turned away from them as he dragged the boat to shore, she noticed the broad expanse of his shoulders and the strength in his arms.

“We’ll get you warm in no time, Freddy.” And how would she do that? Lena cursed the fine weather that had persuaded them to leave their jackets at home today.

“Here comes help,” the young man said, nodding his head toward the boathouse man who jogged toward them.

“Took a tumble, did we?” The spry old gentleman had two blankets over his arm. He handed one to Lena and the other to her rescuer, but he demurred until he had helped both Freddy and Lena out of the boat.

“This calls for a cuppa,” Lena said.

“And cake!” Freddy said, jumping up and down in his blanket. They all laughed. The boathouse man offered to pull the boat back to its mooring, saying “I’m going that way after all.” He nodded to Lena and told Freddy with mock seriousness, “When you pay for a boat ride, son, you want to get your money’s worth.”

Lena smiled and turned to the young man trying to dry his clothes with the rough blanket. “Can I buy you a tea and cake? And know you name?”